Peaks of Health Metabolic Medical Center is all about you. ­This center was established to address the underlying cause of a disease. ­ Instead of just treating the symptoms, we strive to find the root of the disease process such as diabetes or hypertension. ­When we find the underlying cause, then we can treat the cause and correct the problem, instead of just putting a band-aid on it. ­

Here at the Peaks of Health our goal is to get you to reach your peak - this includes making sure your body is running at optimal efficiency. ­We address diet and nutrition, which is essential to get the key ingredients our bodies need to function. ­Hormones are the signals that tell our body how to function. ­This is sort of the recipe of life - without the key ingredients and the proper recipe you cannot have a good outcome. ­We also address the intestinal system and look for proper digestion; without this you would not absorb any of the key nutrients necessary for a healthy lifestyle. ­Since the body does not function with one part at a time, we need to look at the entire system and all of the different connections to unravel the problems and discover what part or parts are no longer functioning properly. 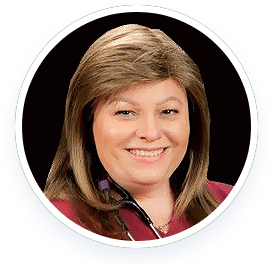 Tracie Leonhardt, D.O., grew up as a member of the Tampa Bay community. She graduated from Southeastern University (now known as Nova University) in 1992, completed her internship at Suncoast Hospital in Largo, and, completed her Residency in Emergency Medicine at Midwestern University in Chicago, Illinois in 1996. Dr Leonhardt then began her 14 year tenure as a Board Certified ER physician.

Experiencing her own health struggles, she learned she had Type II Diabetes in 2003. Dr. Leonhardt made it a mission to seek out the most up to date information on treatment. Despite optimal medical treatment, her disease continued to worsen and soon she was on seven different medications to try to control the disease. This mission led her to study the metabolic and hormone systems, and she not only reversed her diabetes, but she completed an advanced fellowship in Anti-Aging and Regenerative Medicine. She is currently pursuing a masters in Metabolism and Nutrition at the University Of South Florida School Of Medicine.

All of this led her to practicing Integrative Medicine, which is a practice that uses science based, evidence based medicine and focuses on the whole person, and makes use of all appropriate therapeutic approaches to achieve optimal health and healing. She is an expert in the area of hormones, including thyroid, and in the treatment of diabetes. Her practice, Peaks of Health Metabolic Medical Center, also treats fungus, mold, Lyme, and auto immune diseases among many other conditions.

A much sought after teacher and speaker, she is on teaching staff at two hospitals and is a preceptor instructor for Lecom Medical School. Dr. Leonhardt recently was invited to speak to a congress in Noordwijk Netherlands. Her topic was Lyme Disease and Alternative Treatments, and European physicians were excited to learn how Dr. Leonhardt has experienced successes in treating Lyme Disease.

Dr. Leonhardt writes articles for several magazines, and her article, Lyme and 'Lyme-like Disease: The New Epidemic' was published in the Townsend Newsletter, July 2016. Dr. Leonhardt has also published articles on Traumatic Brain Injury, for which she has received advanced training. She has authored many articles on Thyroid, Hormones, and Diabetes.

She has also had the privilege of appearing on TV shows including Daytime, Consumer Updates, Tampa Bay Morning Blend, and was the Health Expert on Tampa NBC affiliate, News Channel 8. She has weekly radio shows in several markets on which she has a variety of guests, including Dr. Oz and Suzanne Somers.

Her clinic sees patients from various parts of the globe. Her mission is this to combine the best of traditional medicine with functional medicine in order to give our patients the best service and outcomes utilizing evidence based medical practices. 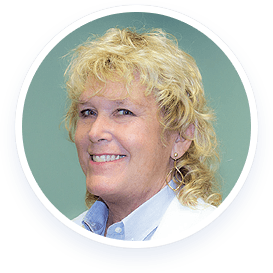 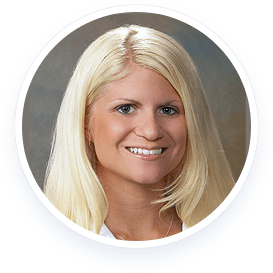 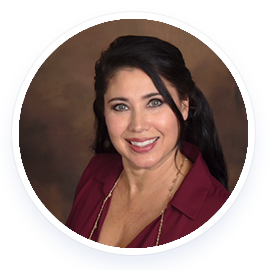 Jaime Applefield, P.A., has an undergraduate degree from UF and her Masters of Physician Assistant Studies from Thomas Jefferson University in Philadelphia.

Jaime brings to us a background in orthopedic and sports medicine, and both a knowledge of and a passion for Functional Medicine. As a Physician Assistant, she will help with our urgent care visits, procedures, injections, and aesthetics.